Recently picked up Rainier Ballistics as a sponsor and got a load of 124gr RN plated bullets to try out in my Open Gun. Brought it out to the range today to test and I was very disappointed. They didn’t perform as expected but found out the problem later when I went home.

here’s the two groups of 5 shots that I made comparing Rainier 124gr RNs to Montana Gold 124gr CMJ Jacketed bullets. These are shot with 8.2gr Hodgdon HS-6, Winchester SRP, Various once fired brass at 20 yards. 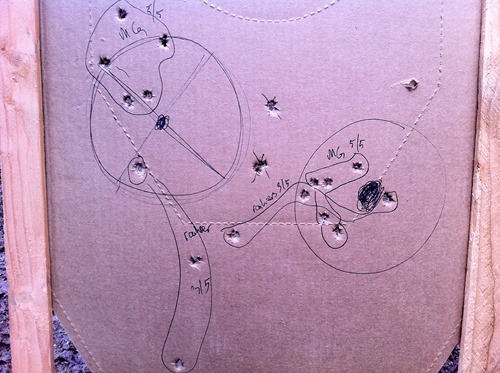 as you can see, the Montana Gold bullets group really nicely whereas the Rainier’s are all over the place, if they actually hit. I only managed to get 3 out of 5 shots on paper.

I’ve also measured the sizes of the plated bullets vs jacketed and the MG Jacketed bullets (out of ten) come in at .355 consistently while Rainer’s come in mostly at .3545.

I consulted my panel of experts and was asked to pull the bullet to see if I’ve over crimped the bullets. Jacketed bullets have a harder shell and are more resistant to crimping, while plated is a soft coating and very easy to dent.

here’s how the bullet looks like after pulling it, as you can see, severe dent from over crimping.

I readjusted my crimp die and now manage to crimp the bullet without marring the bullet.

I’m now looking forward to testing this new batch of ammo to see if I can get as good a group as the Montana Gold jacketed bullets. I’ll be a happy camper if it works!

Here’s the finished 9mm Major top end that John from http://www.jplprecision.com built for me. 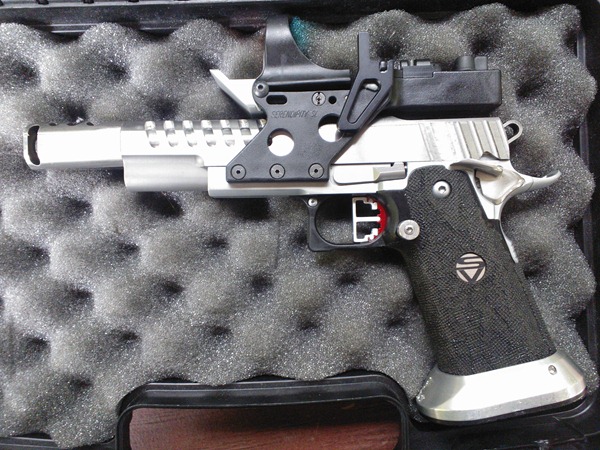 Just took some different 9mm Major recipes with me to test. They were :

I started with a 8.5gr load and worked up to 9.0 but we didn’t need it. If you look at the chart below, even 8.5gr of HS-6 was wayyy over the required powerfactor.

The new KKM barrel is tight and very fast. Looks like I have to dumb down my loads to probably 8.2 or 8.3 gr of HS-6 powder.

How to reload 38 Super Comp

I got a few PMs and emails requesting for information regarding reloading ammo for competition and have been wanting to make this video everytime I walk into my reloading room. Never got to do it but this time, I had a few hours to burn so brought my camera out and recorded everything I did.

In this video I show you my lenghty process of reloading 38 Super Comp ammunition for my USPSA Open Division race gun.

The FPS hardly changed when adding more powder. According to my gunsmith, John Larson of JPL Precision, the powder I’m using, Vihtavouri N105, could be hitting a plateau and adding more powder won’t make a difference. What I also don’t understand is, using a 115gr bullet with the same charge didn’t give me the increase in FPS that is supposed to happen.

I also had four “stove-pipes” (marked red in the table above) that looked like this : 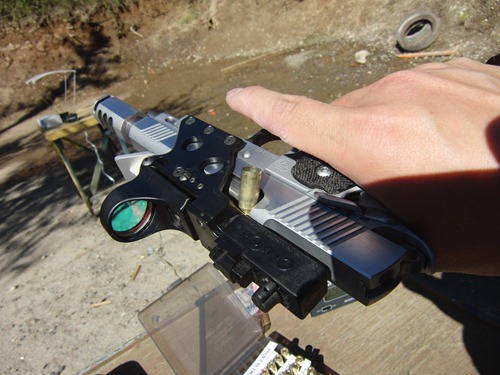 and in mid recoil  : 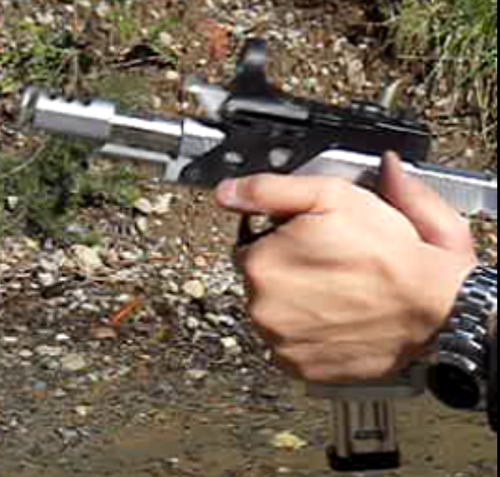 think I’m not holding the gun down enough.

and the primers after being fired : 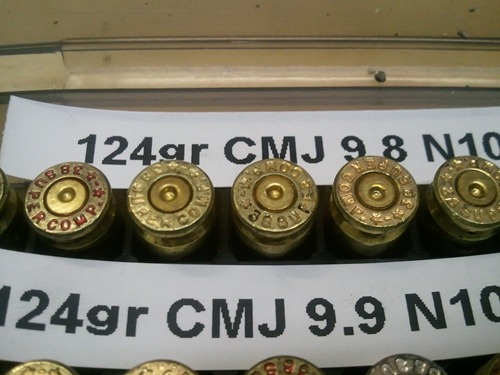 the 2nd one from the right looks like it’s over pressured. Right?